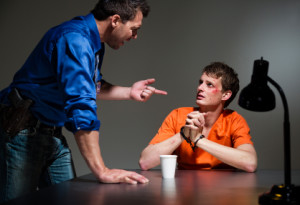 What to Do? “THE POLICE WANT TO TALK WITH ME”

A recurring and troubling theme in my practice is that clients come to see me seeking advice after having spoken with police. In most cases, they have given both recorded and written statements. In some cases, my initial meeting comes after my clients have had multiple sit-down conversations with investigators. On several occasions, my introductory meeting takes place in a jail cell.

Once it has become apparent that the curtain of hopeful denial has finally lifted, prospective clients seek help. On such occasions I attentively listen, remind myself not to become angry, and offer the most basic of advice. No more talking to police without the presence of counsel. Belatedly, I tell them as politely as I can muster, “Shut up, you’re not helping”. But often, too often, the damage is done.

The message I wish to get across is simple and easy to remember. I will explore the details momentarily. But, if you get nothing more from this blog than this and if you truly get it, read no further. The rest as I said, is mere detail.

It is so simple. You’re willing to cooperate, you’re being nice, heck, you can sing Kumbaya around a campfire with police officers for all I care. But, you will not, absolutely, under no circumstances, answer questions regarding anything without having your criminal defense lawyer present.

Here is an important point on the matter that surprises most civilians. Police officers have a “Police Officer’s Bill of Rights ”. It commands that in questions of wrongdoing a police officer cannot be questioned for 48 hours. In other words, police officers enjoy greater protection from investigative techniques than the rest of us. And why? Because police officers belong to very effective unions who look out for the rights of their members. And police unions know, that in a moment of extreme stress, people, including police officers, say things that later they regret.

Now the why. Why do people talk to police officers when they have been advised that, “Anything you say can and will be used against you”.

The FIRST reason is that it’s surprisingly hard to keep quiet. We’re Americans. It is part of our psyche. As a people, we proud and arrogant. If someone asks us a question, we are naturally disposed to answer. Even if by providing answers we only worsen our situation.

The SECOND reason is fear. Police officers go to school to learn investigative techniques. Among those techniques is the art of questioning suspects. And police officers are good at it. Remember, it’s their job, getting people to talk. Do not succumb. Do not participate, simply invoke your right to counsel and say nothing more.

The THIRD reason is a false sense of control. “I’ll tell them only what I want them to know. Or, “I’ll lie to them, and send them in a wrong direction”. My favorite is when clients say, “look, I was there, but I had nothing to do with it.” In sex crime cases, the most popular statement is, “Yea, we had sex, but it was, ya know, consensual”. This is followed by the second most popular statement, “No, I did not have sex with her”. The later statement didn’t work with President Clinton, and it doesn’t work in a criminal investigation.

The FOURTH reason is urgency. Police exploit it but it’s also presumptive. Questioning appears so formal. This is your moment. Everyone wants to know what you have to say. You’re suddenly important. The investigation can go no further until you answer questions. All of this is total nonsense. Do what the police officers do. Keep your mouth shut until you consult with a lawyer.

A typical criminal investigation can take anywhere from months to years. Your demand and insistence to consult with an attorney causes no real delay.

The FIFTH and final reason is the foolish and misconceived notion that if you refuse to speak to police officers it reflects consciousness of guilt. You wouldn’t be the target if they didn’t think you did it. Do not attempt to extricate yourself. Remember, you’re willing to talk; you just want your lawyer present.

And now some examples taken from case files of the Law Offices of Gary H. Gerstenfield:

The Banker and the Transgender Prostitute

A young and married credit union manager found himself being questioned by police officers in connection with a recent break-in at the local credit union.

The theft had taken place at night and the alarm never sounded. Money was missing. The police concluded that it was an inside job. The manager had the keys, the codes and the ability. He was suspect number one. Interestingly, the exact time of the theft was known. It was recorded electronically. What the police wanted to know from the earnest appearing manager is his exact whereabouts at 11:00 p.m., Sunday evening.

An investigator contacted the manager and invited him to drop by the police station to get some additional information on the credit union’s security system. This was of course a ruse. The police already had that information. The manager was led to an interview room and told to have a seat. He was left alone for almost an hour. This, by the way, is a standard investigative technique. Leave a suspect alone for a while to contemplate and worry about his situation.

The questioning began friendly enough. But soon the interest turned to where the manager was on Sunday evening around 11:00 p.m.. His answer appeared credible. He was at home, then he got hungry and around 10:30 went to a nearby 7-Elleven for a chilly dog. His story was confirmed by his wife.

What the manager didn’t realize and what the police were banking on was the fact that all 7-Ellevens have $50,000 worth of surveillance equipment watching $50.00 worth of Twinkies!

The police obtained the camera footage for the relevant time period. Attentively, they watched the video. And no banker was to be seen. The banker lied. Conclusive proof of guilt. He was arrested and charged with felony burglary. His career and reputation all but destroyed.

The truth was that on that particular Sunday evening at 11:00 p.m., the banker was nervously walking into the local Holiday Inn to see a certain transgender prostitute. Interestingly enough, she had walked into the same hotel only 10 minutes earlier.

All of this was also captured on the hotel’s internal security system, which easily rivaled the quality of the convenience store’s surveillance system. Approximately an hour later the same banker could be observed exiting the hotel lobby followed by the prostitute, again by about ten minutes.

Ultimately, with the assistance of the hotel surveillance video, charges were dropped. But, the banker’s unfortunate transgression, as it were, was out. So too was his marriage and job.

If the manger had simply demanded the presence of counsel, the case would have been handled for more delicately. The police were interested in solving a burglary, not in exposing the personal life of a possible suspect. A knowledgeable criminal defense attorney would have been instrumental in clearing his client without traumatically destroying his career and reputation.

The Soldier and His Best Friend’s Girlfriend

As is often the case in allegations of sexual assault, alcohol plays a prominent role. In this case it was two bottles of wine. A romantic interlude followed by painful regret led to a terrible accusation.

“Mike,” affable and rugged, was an E5 in the U.S. Army. He was a veteran of the 2nd Iraq War. He was house sitting for his best friend who purchased the small home, the enjoyment of which was interrupted by a recent deployment to Afghanistan.

The friend’s girlfriend showed up one evening bearing gifts of wine along with her company. Both individuals were young, attractive and lonely. The obvious transpired. Regret, at least on the part of the girlfriend followed.

Mike received an unexpected call from a police officer three days later wanting to discuss something with him. The officer assured Mike that he wasn’t in trouble and the purpose of the meeting would be explained when Mike met him at the police station. Although the telephone conversation appeared ominous, at least initially, Mike prepared to drive to the police station.

As it happened, she contacted me. After explaining what she understood of the situation, I quickly informed her that I wanted to speak with her brother – and right away. The next call I received was from Mike.

Mike never made it to that meeting with the police officer. Instead, I did. Later I subpoenaed cell phone records as well as the video surveillance from the local beer & wine store where the bottles were purchased. Through the cell phone records, we discovered a friend who the girlfriend had called that evening in whom she confided what had happened and most importantly, that everything that did happen was consensual.

Mike was never charged. The documentation and the friend’s statement satisfied both the police and the prosecutor. Mike remained in the Army for another four years. Later he graduated from college using his G.I. Bill. He works in finance and he has no criminal record. 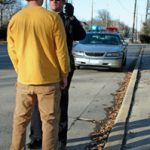