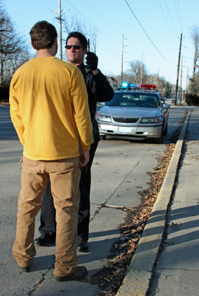 This blog follows a prior blog about what makes for a great Maryland criminal defense lawyer. A large part of our DWI/DUI practice consists of representing people who never thought that they might themselves be charged with an alcohol related driving offense.

A lawyer that specializes in DUI defense makes the biggest difference. The reason is that the law is constantly changing. And just as importantly, the attitudes and practice styles of individual prosecutors and judges also change. It is the knowledge and experience coupled with constant contact and interaction with these players that makes a difference in the successful resolution of a client’s DUI case.

Our firm has represented thousands of people over the years and in this time we have devolved a number of guiding principles that I will address in this article.

First. Every case is unique. Often clients are initially pessimistic towards their situation. Perhaps they have met with other lawyers and were told that their case was hopeless – conviction and jail were certain.

Some lawyers, unfortunately, use scare tactics to induce clients to retain them. In this regard, their case assessment may be less than impartial. With this in mind, understanding and fully reviewing the exact facts of a client’s case is absolutely essential. The client is always a great source of telling what happened. It is the job of the defense attorney to fully and sensitively question the client. In many cases, the client may have had passengers who can provide their own perspective of what happened. Finally, there may be witnesses that with good investigation can be identified, questioned and if appropriate, subpoenaed to appear in court for the defense.

Second. Each case requires that all police reports, officer notes and any police video be obtained and reviewed. Under Maryland law, a defense attorney is entitled to police reports, investigative notes and audio & video recording of the entire traffic stop. Amazingly however, not all lawyers commit to the formal discovery process. It is time consuming and can require demand motions and sometimes discovery hearings. These materials provide a clear roadmap of the prosecutor’s case. In addition, it is important to physically review the area of the traffic stop. There are instances where surveillance video cameras have inadvertently captured an entire traffic stop.

Third. A lawyer must have a solid grasp of the relevant statute and case law. I cannot emphasize enough that a DUI attorney must keep up with the ever changing law. Cases are constantly being decided by Maryland appellate courts with decisions that alter and modify previously prevailing positions in the law.

And now an example taken from case files of the Law Offices of Gary H. Gerstenfield:

Weaving Within Lane Leads to Traffic Stop for Suspected DUI

“John” a client I have known for many years was on his way home from an after-work social gathering. It was late; he had eaten little and had consumed in his opinion about 3 beers. John’s car, according to a Montgomery County police officer, was weaving, touching but not crossing the white lines marking the lane. The officer noted that the weaving went on for an observed distance of 1 mile. A traffic stop ensued and ultimately John was arrested on suspicion of DUI.

John holds a high tech supervisory position that requires a security clearance. An alcohol related driving conviction could cost him his job. When John met with me he was understandably concerned. I carefully reviewed the facts and noted that John was absolutely sure that the officer had told him that the stop was based on John’s weaving within his lane. A defense was quickly emerging. Would the officer agree in court that the weaving occurred solely within a lane?

The officer’s incident report would be essential. In John’s case, it formed the critical basis of our defense. True, according to the officer, John’s car did weave more than a mile. But, as the police report noted, the vehicle never left its lane.

A Maryland Court of Appeals 1999 case, Rowe v. State, held that a police officer did not have probable cause to stop the driver upon a momentary crossing of the white edge-line, to check on his benefit for failing to drive in a single lane. The Court held that the officer lacked the requisite reasonable articulable suspicion necessary to detain and search Mr. Rowe, thereby uncovering controlled dangerous substances.

At trial I came prepared to argue this case. But, as important as my legal preparation, it was equally important to appreciate the attitude of the trial judge, an individual for whom I had appeared before many times.

Initially, the judge opined that the fact that the weaving went on for more than a mile created reasonable suspicion for a traffic stop. Based upon my experience before this judge I have learned it seldom beneficial to outright disagree with him. I took a different tack.

I conceded that the officer may have had reasonable suspicion that John might not be feeling well but, weaving within a lane is not a violation of Maryland traffic law. The stop therefore would have to be based upon what used to be referred to as, “a welfare check”. In other words, the officer was making a traffic stop to check on the health and condition of the driver.

I made this argument because I had discussed this point before with this judge. I knew that he was sensitive to the fact that Maryland law had specifically found “welfare checks” as violative of the 4th Amendment, which prohibits unreasonable search and seizure. Once the judge realized that this was the basis of the traffic stop he quickly granted my motion finding the traffic stop invalid.